CollabMagazine: How it all began
0 Comments 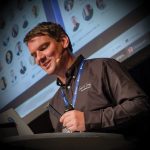 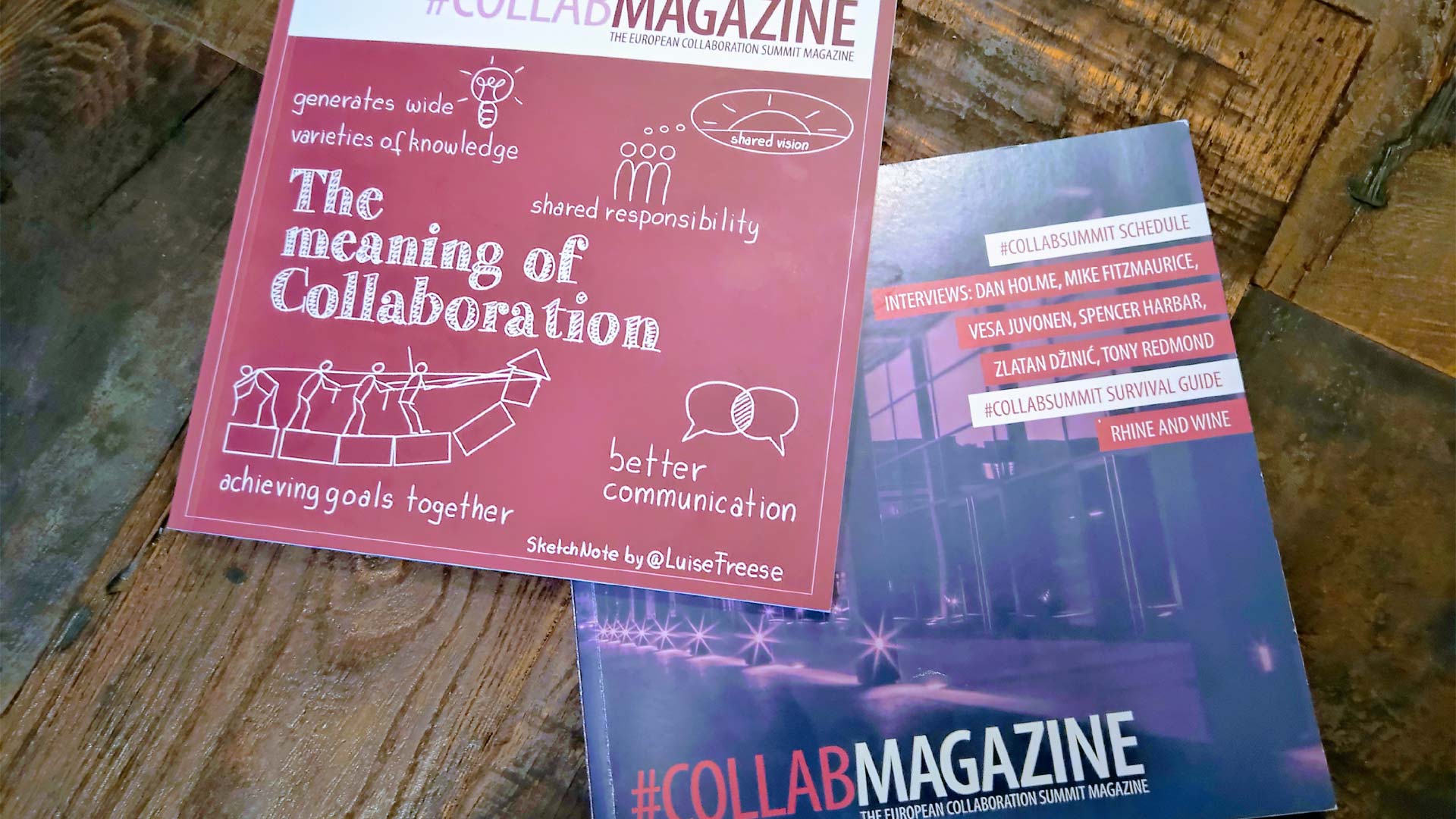 Back in 2018, when we moved the European Collaboration Summit to Germany, we were able to bring to life an idea we had been nurturing for a long time: to create a printed magazine which would be available during the conference, and which would feature much more than just the conference programme. In that printed edition, we wanted the conference programme to be included only by necessity; what we really wanted was people reading the magazine because of articles and interviews. The name was soon chosen: CollabMagazine!

That first edition flew off the desk in Mainz (we managed to keep only a few copies for ourselves) and we continually received enthusiastic feedback from attendees. Other conferences started doing the same, so it was clear that we had started both a tradition and a trend. The next year, in 2019, CollabMagazine featured interviews with, and articles from, world experts such as Agnes Molnar, Martina Grom, Laura Kokkarinen, Joelle Ruelle, Isabelle Van Campenhout, Christina Wheeler and Luise Freese. Luise also did the magazine cover – “The Meaning of Collaboration”. We managed to keep only a few examples of that edition for ourselves, too – the rest were all “stolen” from the desks in Wiesbaden!

In 2020, as we were starting to prepare the third edition of CollabMagazine, we realized that it was a pity to bury all the great content in printed form only. That is why we are launching CollabMagazine.com as an online edition. And, while we will still be printing the magazine to accompany the European Collaboration Summit, CollabMagazine.com will have a life of its own, featuring articles from the world’s best authors about Microsoft’s collaboration platform throughout the year.

We will make CollabMagazine the leading online and printed publication in the Microsoft Collaboration space.

Did you like this article? Are you interested in this topic? Would you like to share your knowledge and experience with the authors and other readers? Our #communityrocks group on Facebook is bringing everyone involved together: authors, editors and readers. Join us in sharing knowledge, asking questions and making suggestions. We would like to hear from you!

The page you requested could not be found. Try refining your search, or use the navigation above to locate the post.

Cookies are important to the proper functioning of a site. To improve your experience, we use cookies to collect statistics to optimize site functionality. Click Agree and Proceed to accept cookies and go directly to the site.

This website uses cookies to improve your experience while you navigate through the website. Out of these cookies, the cookies that are categorized as necessary are stored on your browser as they are essential for the working of basic functionalities of the website. We also use third-party cookies that help us analyze and understand how you use this website. These cookies will be stored in your browser only with your consent. You also have the option to opt-out of these cookies. But opting out of some of these cookies may have an effect on your browsing experience.
Necessary Always Enabled
Necessary cookies are absolutely essential for the website to function properly. This category only includes cookies that ensures basic functionalities and security features of the website. These cookies do not store any personal information.
Non-necessary
Any cookies that may not be particularly necessary for the website to function and is used specifically to collect user personal data via analytics, ads, other embedded contents are termed as non-necessary cookies. It is mandatory to procure user consent prior to running these cookies on your website.
SAVE & ACCEPT